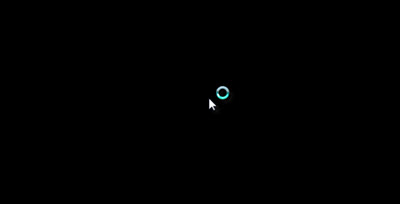 I was having an issue with the main PC that we use at home. Over the last couple of months, from time to time, one of us wouldn’t be able to log in. It was the famous infamous Windows 10 black screen. When they logged in, a cursor would appear over a black background and then nothing else.

The only thing people can say for sure about the black screen of death in Windows 10 is that there are a figurative crap-ton of things that can cause it. It can be anything from video drivers to Microsoft Store corruption. Or it may be failed Windows updates or firmware issues. It has many causes, and no quick solutions.

After a few days of intensive testing and research I finally found a second symptom that would occur at the same time. My secondary hard drive would disappear from the device list. The setup on this PC is that the C: drive is an SSD for Windows only. All the user files, Microsoft Store apps, documents, dropbox, OneDrive, pictures, music, etc were all installed on the secondary disk based HDD as drive D:. Two additional HDD drives running three partitions served for software installs.

If you were already logged in when the hard drive went missing, you were mostly fine. Most software would continue to work so long as it didn’t need file access from the D: drive. But anyone who logged in new while this condition existed was screwed. They would only get the black screen and cursor.

After a few more hours of tinkering, I discovered the issue was tied to the Microsoft Store update process. Because I had moved the Store apps to the vanishing hard drive, it would hang during login, tying up 95% of the CPU and 80% of the memory (and this on a better than average Core i7 processor with 16 GB or ram). This would prevent anything else from launching at login, including the desktop.

The next step was to determine why the D: drive was disappearing. After some more testing running Windows restores, reinstalling the device in Device Manager, and swapping out the SATA cable, I finally came to the conclusion that despite the S.M.A.R.T. tests showing no warnings, the drive itself was dying. It wasn’t all that surprising. The drive was a carryover from a previous desktop and was 5 or 6 years old now. A trip to MicroCenter, a $130 worth of new 6TB HDD and a restore from backup later (You DO make constant backups, right?), I was back up and running with no more issues.